President
Michael Wm. Marks, Ph.D., ABPP: Dr. Marks is currently a Professor of Practice in Psychology and Program Director of the Supportive Education for Returning Veterans at the University of Arizona. He is also Executive Director of One Tree Learning Institute. Previously, he served as Lead Psychologist and Evidence Based Practices Coordinator at the Southern Arizona VA Health Care System. Dr. Marks has functioned as the PTSD Outpatient Clinic Team Leader and as a PTSD Mentor for VA Hospitals across Arizona, New Mexico and West Texas. Dr. Marks was co-founder of Vietnam Veterans of Montana and has received the Disabled Americans Veterans Humanitarian Award. He was selected as the 2012 “Outstanding Clinician of the Year” by the American Psychological Associations Division 18, VA Section. He is also co-developer of the nationally recognized, Supportive Education for Returning veterans (SERV) program, which is a cohort based curriculum designed to help veterans transition from military to academic life. The SERV curriculum has been cited by the Veteran’s Administration (VAOIG) as a best practice and is part of the VA’s “Strong Practices Project.” He received the 2019 "Sarah Haley Memorial Award for Clinical Excellence" presented by the International Society for Traumatic Stress Studies. Dr. Marks has co-authored numerous books and articles and presented nationally on resilience and post-traumatic growth. He and his colleagues at One Tree Learning Institute provide resilience training to members across the healthcare and public service communities. Dr. Marks has dedicated his career to working with trauma survivors, both military and civilian, adults and children, for the last 44 years.

Vice President for Resiliency Training
Jeff Dyar is in his 4th decade of public service as an emergency responder. He has operated as a Paramedic, firefighter, emergency manager and an educator/author during that time. Jeff has responded to some of the largest and most high profile incidents in American history such as both World Trade attacks, Oklahoma City Bombing, Flight 232 Sioux City Iowa Plane Crash, Columbine High School Shootings to mention a few. He has also has responded to several large national security events, natural disasters such as hurricanes, tornadoes, floods, wildfires, riots and large hazardous materials incidents. Jeff held a Program Chair position at the National Fire Academy in Emmitsburg, MD for a decade and has worked as an instructor at four community colleges and two major Universities. Jeff received the James O. Page Award for contributions to advancing EMS on a national level, given by the EMS Section of the International Association of Fire Chiefs. As an author he has authored or co-authored four major book titles, written dozens of news and magazine articles and served on several Media Boards. Jeff currently resides in South West Colorado and is the Board President of a Local Fire District that provides ALS level EMS transport services and Structure/Wildland Fire mitigation and suppression to a 285 Sq mile area.

Technical Advisor & Author
Dr. Callahan has served as Assistant Director of the Division of Academic Resources, Arizona Health Sciences Center (AHSC), University of Arizona, Associate Professor and Program Coordinator, Educational Psychology, University of Arizona South, Associate Professor of Veterans Education, College of Agriculture and Life Sciences, University of Arizona and is currently Emeritus, Professor University of Arizona. He has developed Server-based test diagnostic application software to help educators identify and intervene with at risk students (CatTrax) and has spent his professional career assisting faculty in improving the retention and graduation of their students. Dr. Callahan has written and presented nationally on issues related to academic success among student veterans. Along with his academic career he also served southern Arizona as a paramedic and firefighter. In 2013, Dr. Callahan was named “Top 10 Innovators in Emergency Medical Services.” He currently serves as Director of Research and Development for One Tree Learning Institute and Resilient Hacks.

Outreach Coordinator & Author
Mike Grill served as Regional Program Director for Centura Health’s South Denver EMS Team in the South Denver Metro area. He has been active in Fire/EMS since 1985 and has authored numerous articles for EMS and Fire trade journals and co-authored two textbooks: Fire Service First Responder and First Responder Resiliency. In 2012 he was honored by the Emergency Medical Services Association of Colorado as the EMS Executive of the Year. Mike has spoken at over 200 fire/EMS both in the United States and Canada.

RESILIENT QUOTE OF THE DAY

“Every new day is another chance to change your life.” 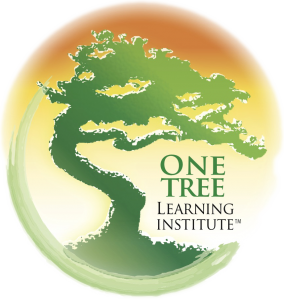 Our program is the application of resiliency practices that manage stress. The focus is on evidence-based practices and systems of resilience. We all will get changed by life events, but what that change looks like will depend on us. We can become survivors and grow from those experiences, rather than become victims of them. We have the power to help others grow by learning from our perspective. It is important for us to share the insights’ we have learned from working with these skills. In doing so we create a “clan” that sustains us; a place where we both give and receive.